The Sea and the Second World War: Maritime Aspects of a Global Conflict 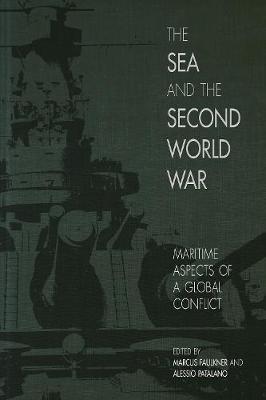 The Sea and the Second World War: Maritime Aspects of a Global Conflict

The sea shaped the course and conduct of World War II, from the first moments of the German invasion of Poland on September 1, 1939, to the Japanese surrender on September 2, 1945. The impact could be felt far beyond the shoreline, as the arms and armies carried across the oceans were ultimately destined to wage war ashore. Populations and industries depended on the raw materials and supplies in a war that increasingly became a contest of national will and economic might. Ultimately, it was the war at sea that linked numerous regional conflicts and theaters of operation into a global war. As the war grew in complexity and covered an increasingly larger geographical area, the organisation of the maritime effort and the impact it had on the formulation of national strategy also evolved. This volume illustrates the impact of naval operations on the Second World War by highlighting topics previously neglected in the scholarship. In doing so, it provides new insights into political, strategic, administrative, and operational aspects of the maritime dimension of the war. AUTHORS: Marcus Faulkner is senior teaching fellow in the Department of War Studies at King’s College London. He is the author of The Great War at Sea: A Naval Atlas 1914-19 and War at Sea: A Naval Atlas, 1939-1945, and coeditor of Northern European Overture to War, 1939-1941: From Memel to Barbarossa. Alessio Patalano is a reader in East Asian Warfare and Security at the Department of War Studies at King’s College London and specializes in Japanese naval history, strategy, and contemporary maritime issues in East Asia. His latest monograph is Postwar Japan as a Seapower: Imperial Legacy, Wartime Experience and the Making of a Navy.