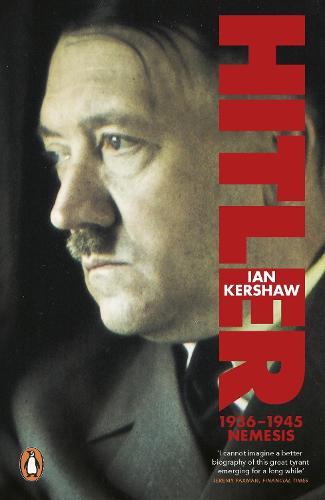 Following the enormous success of HITLER- HUBRIS this book triumphantly completes one of the great modern biographies. No figure in twentieth century history more clearly demands a close biographical understanding than Adolf Hitler; and no period is more important than the Second World War. Beginning with Hitler’s startling European successes in the aftermath of the Rhinelland occupation and ending nine years later with the suicide in the Berlin bunker, Kershaw allows us as never before to understand the motivation and the impact of this bizarre misfit. He addresses the crucial questions about the unique nature of Nazi radicalism, about the Holocaust and about the poisoned European world that allowed Hitler to operate so effectively.