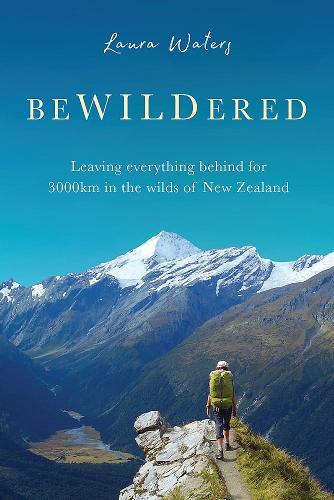 Winner of the 2021 ‘Best Travel Book’ at the Australian Society of Travel Writers awards. What would move you to ditch your life and take off into the wild for six months? For Melbourne woman Laura Waters, it took the implosion of a toxic relationship and a crippling bout of anxiety. Armed with a compass, a paper map and as much food as she could carry, she set out to walk the untamed landscapes of New Zealand’s Te Araroa track, 3000 kilometres of raw, wild, mountainous trail winding from the top of the North Island to the frosty tip of the South Island. But when her walking partner dropped out on the first day, she was faced with a choice: abandon the journey and retreat to the safety of home, or throw caution to the wind and continue on - alone. She chose to walk on. For six months, she battled not only treacherous mountain ridges and river crossings, but also the demons of self-doubt and anxiety, and the shadow of an emotionally abusive relationship. At the end of Te Araroa (‘the long pathway’, as it is translated from Maori) it was the hardearned insights into mental health, emotional wellbeing and fulfilling relationships - with others as well as with herself - that were Laura’s greatest accomplishments. She emerged ‘rewilded’, and it transformed her life