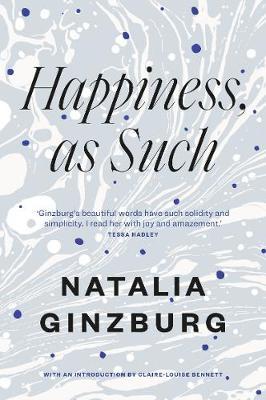 ‘Dear Michele, she wrote, I’m writing principally to tell you that your father is sick. Go visit him. He says he hasn t seen you for days.’
Michele is the beloved only son of a large, dysfunctional family in 1970s Italy. Headstrong and independent, he has disappeared to London without explanation. Back in Italy, his father lies dying. Michele’s departure sets forth a series of events that will bring together everyone in his life - his mother Adriana, living in the countryside with her two twin daughters Bebetta and Nannetta, his long-suffering sister Angelica, his loyal and sad friend Osvaldo, and Mara, a young woman who is prone to showing up on doorsteps with a baby that may or may not be Michele’s.
The story of the Prodigal Son turned on its head, Happiness, As Such is a short, absurdly funny novel-in-letters about complicated families and missed connections.
$19.99Add to basket › 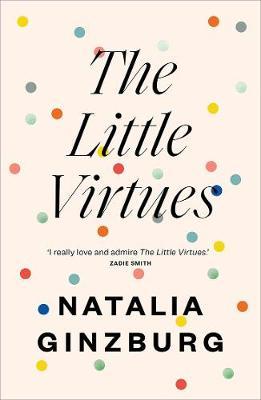 An extraordinary collection of 11 essays by Natalia Ginzburg, one of the most important Italian writers of the twentienth century. Originally published in the 1960s, Ginzburg's wisdom and poetically resonant style ensure these... 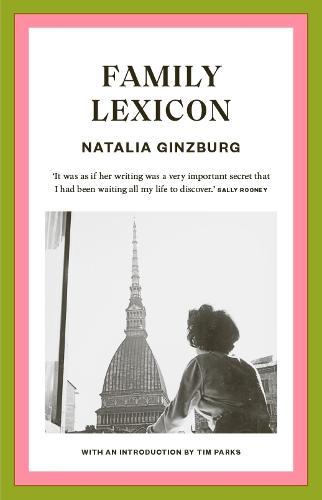 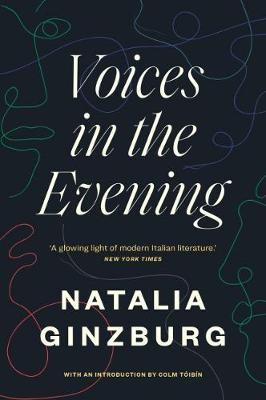 Voices in the Evening

An elegant, spare novel reminiscent of Chekhov, Voices in the Evening is an unforgettable story about first love and lost chances, from one of the greatest Italian writers of the twentieth century.

Michele is the beloved only son of a large dysfunctional family in 1970s Rome. Headstrong and independent, he has disappeared to England to escape the dangers of his radical political ties. Back in Italy, his father lies dying.