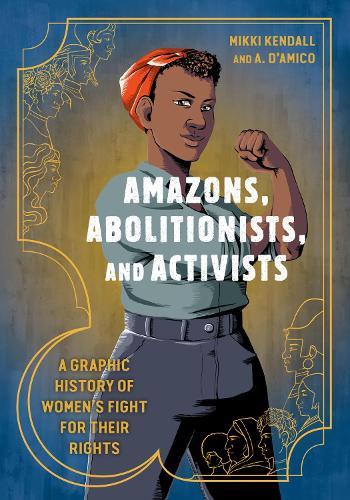 August 26, 2020, marks the 100th anniversary of the passage of the 19th Amendment, which granted American women the right to vote. And while suffrage has been a critical win for women’s liberation around the world, the struggle for women’s rights has been ongoing for thousands of years, across many cultures, and encompassing an enormous variety of issues.
Amazons, Abolitionists, and Activists is a fun, fascinating, and full-color exploration of that important history, tracing its roots from antiquity to show how 21st-century feminism developed. Along the way, you’ll meet a wide range of important historical figures and learn about many political movements, including suffrage, abolition, labor, LGBT liberation, the waves of feminism, and more.
$32.99Add to basket ›