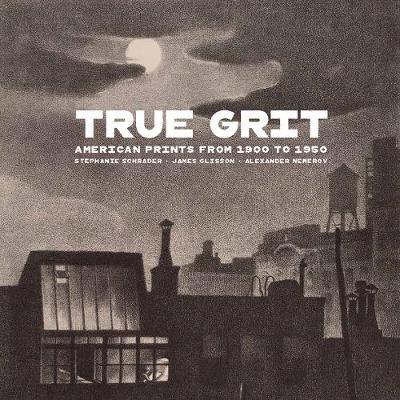 An engaging look at early twentieth-century American printmaking, which frequently focused on the crowded, chaotic, and gritty modern city. In the first half of the twentieth century, a group of American artists influenced by the painter and teacher Robert Henri aimed to reject the pretenses of academic fine art and polite society. Embracing the democratic inclusiveness of the Progressive movement, these artists turned to making prints, which were relatively inexpensive to produce and easy to distribute. For their subject matter, the artists mined the bustling activity and stark realities of the urban centers in which they lived and worked. Their prints feature sublime towering skyscrapers and stifling city streets, jazzy dance halls and bleak tenement interiors-intimate and anonymous everyday scenes that addressed modern life in America. True Grit examines a rich selection of prints by well-known figures like George Bellows, Edward Hopper, Joseph Pennell, and John Sloan as well as lesser-known artists such as Ida Abelman, Peggy Bacon, Miguel Covarrubias, and Mabel Dwight. Written by three scholars of printmaking and American art, the essays present nuanced discussions of gender, class, literature, and politics, contextualizing the prints in the rapidly changing milieu of the first decades of twentieth-century America. This volume is published to accompany an exhibition on view at the J. Paul Getty Museum at the Getty Center October 15, 2019, to January 19, 2020.