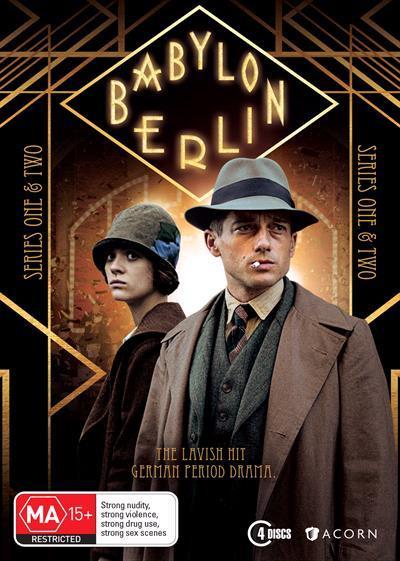 From economy to culture, politics to the underworld - everything is in the grip of radical change. Speculation and inflation are already tearing away at the foundations of the still young Weimar Republic. Growing poverty and unemployment stand in stark contrast to the excesses and indulgence of the city’s night life and its overflowing creative energy.
Based on the best-selling novels by Volker Kutscher, Babylon Berlin is the first German TV Series where viewers can emotionally experience the story of the political developments leading from the Weimar Republic to the spread of National Socialism.  Through the eyes of Gereon Rath, the young police inspector from Cologne, we get a glimpse behind the scenes of the ‘Roaring Twenties’ which not only brought the Great Depression but where ‘dancing on the volcano’ became the stuff of legend.
$39.95Add to basket ›