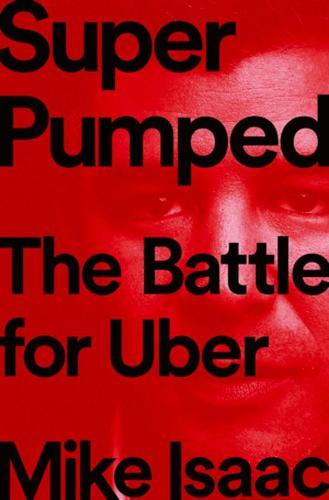 In June 2017, Travis Kalanick, the hard-charging CEO of Uber, was ousted in a boardroom coup that capped a brutal year for the transportation giant. Uber had catapulted to the top of the tech world yet for many came to symbolize everything wrong with Silicon Valley.
In the tradition of Brad Stone’s Everything Store and John Carreyrou’s Bad Blood, award-winning investigative reporter Mike Isaac’s Super Pumped delivers a gripping account of Uber’s rapid rise, its pitched battles with taxi unions and drivers, the company’s toxic internal culture and the bare-knuckle tactics it devised to overcome obstacles in its quest for dominance.
Based on hundreds of interviews with current and former Uber employees, along with previously unpublished documents, Super Pumped is a page-turning story of ambition and deception, obscene wealth and bad behavior, that explores how blistering technological and financial innovation culminated in one of the most catastrophic twelve-month periods in American corporate history.
$34.99Add to basket ›

Whose Story Is This?: Old Conflicts, New Chapters