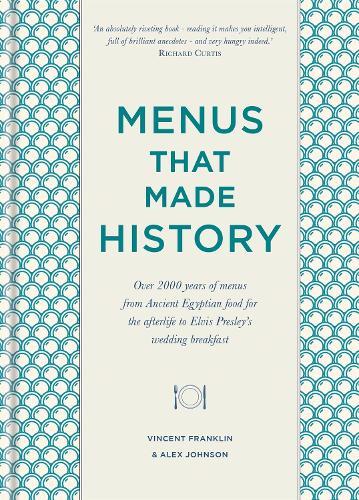 This fascinating miscellany of menus from around the world will educate  as well as entertain, delighting both avid foodies and the general  reader.
Each menu provides an insight into its particular historical moment - from the typical food on offer in a nineteenth-century workhouse to the opulence of George IV’s gargantuan coronation dinner. Some menus are linked with a specific and unforgettable event such as The Hindenburg’s last flight menu or the variety of meals on offer for First, Second and Third Class passengers on board RMS Titanic, while others give an insight into sport, such as the 1963 FA Cup Final Dinner or transport and travel with the luxury lunch on board the Orient Express.
Also included are literary occasions like Charles' Dickens 1868 dinner at Delmonicos in New York as well as the purely fictional and fantastical fare of Ratty’s picnic in The Wind in the Willows.
$29.99Add to basket ›