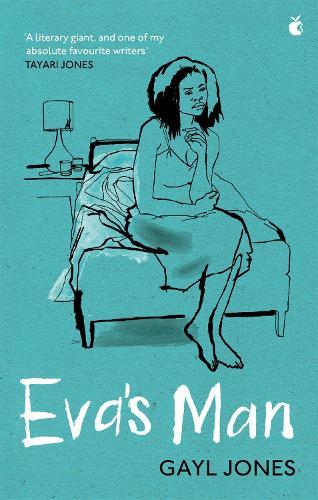 Eva Medina Canada sits in her psychiatric ward, silent. She has murdered her lover and they want to know why. Her memories weave back and forth over encounters with the men in her life - the schoolboy who played doctors and nurses with a dirty popsicle stick; her mother’s boyfriend; her cousin; her husband; a stranger on the bus. She’s been propositioned and abused for as long as she can remember. ‘CORREGIDORA was a small, fiercely concentrated story, harsh and perfectly told … Original, superbly imagined, nothing about the book was simple or easily digested. Out of the worn themes of miscegenation and diminishment, Gayl Jones excavated the disturbingly buried damage of racism. EVA’S MAN is a deepened exploration of the woman’s inner life; of the pressures, the cruelties, the imposed expectations’ Darryl Pinckney, The New Republic ‘Gayl Jones is one furious, lacerating writer. You don’t read her easily, and you can’t forget her at all … Hyper-real and traumatic as this novel is, it’s one that’s been waiting to be written since Samuel Richardson gave us the male point of view of Clarissa, that other fallen woman whose only acceptable alternative to ravishment was death. Eva’s silence, and her status here as legally insane, are eloquent testimony to the condition of being a woman in this man’s world’ Kirkus