Without Apology: The Abortion Struggle Now 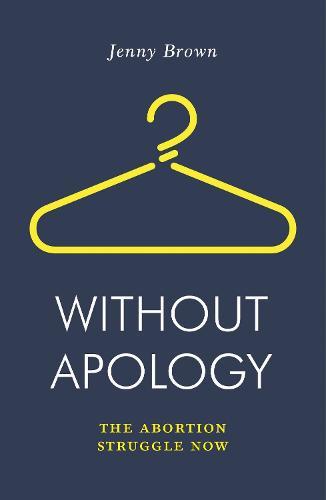 Without Apology: The Abortion Struggle Now

With an anti-abortion majority on the Supreme Court, and several states with only one abortion clinic, many reproductive rights activists are on the defensive, hoping to hold on to abortion in a few places and cases. This spirited book shows how we can start winning again.
Jenny Brown uncovers a century of legal abortion in the U.S.-until 1873-the century of illegal abortion that followed, and how the women’s liberation movement of the 1960s really won abortion rights. Drawing inspiration and lessons from that radical movement, the successful fight to make the morning-after pill available over the counter, and the recent mass movement to repeal Ireland’s abortion ban, Without Apology is an indispensable guide for organizers today.
Brown argues that we need to stop emphasizing rare, tragic cases and deferring to experts and pollsters, and get back to the basic ideas that won us abortion in the first place: Women telling the full truth of their own experience, arguing to change minds, and making abortion and birth control a keystone demand in the movement for women’s freedom.
$22.99Add to basket ›