Gender Mosaic: Beyond the Myth of the Male and Female Brain 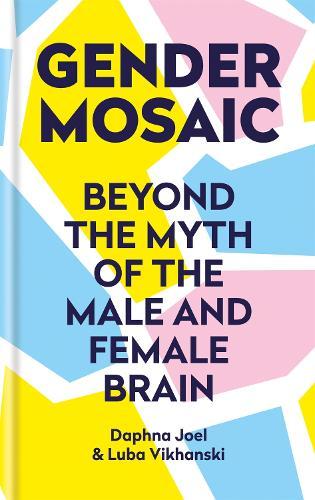 Gender Mosaic: Beyond the Myth of the Male and Female Brain

This timely manifesto calls for a future free from gender-based assumptions about human potential. Written by the internationally renowned neuroscientist whose game-changing research debunks the myth of male and female brains.
For generations we’ve been taught that women and men differ in profound ways. Women are supposedly more sensitive and cooperative, whereas men are more aggressive and sexual because this or that region in the brains of women is larger or smaller than in the brains of men, or because they have more or less of this or that hormone.
This story seems to provide us with a neat biological explanation for much of what we encounter in day-to-day life. It’s even sometimes used to explain why, for example, most teachers are women and most engineers are men. But is it true?
Using the ground-breaking results from her own lab and from other recent studies, neuroscientist Daphna Joel shows that it is not. Instead, argues Joel, every brain - and every human being - is a mosaic, or mixture, of ‘female’ and ‘male’ characteristics.
With urgent practical implications for the world around us, this is a fascinating look at gender - how it works, its history and its future - and a sorely needed investigation into the false basis of our most fundamental beliefs.
$22.99Add to basket ›