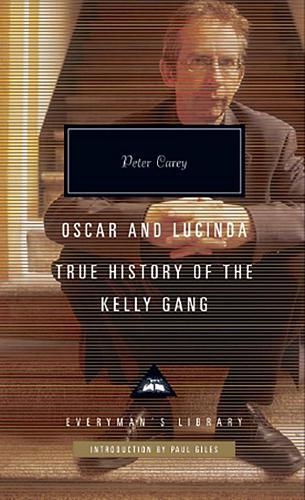 Oscar and Lucinda is a sweeping, irrepressibly inventive novel set in nineteenth-century England and Australia where the two potential lovers lead parallel lives until chance brings them together on board ship. A narrative tangle of love, religion, gambling, commerce and colonialism culminates in a nightmare expedition - the result of a wager - to transport a glass church across the Australian wilderness.
In True History of the Kelly Gang he legendary Australian outlaw Ned Kelly speaks for himself in a voice that is direct, colloquial, theatrical, and utterly magical. To his pursuers he is nothing but a monstrous criminal, but to his own people he is a hero, defying British imperial authority in support of the poor Irish settlers who are its victims. In a dazzling act of ventriloquism, Carey brings the famous bushranger unforgettably to life.
$15.99Add to basket ›

END_OF_DOCUMENT_TOKEN_TO_BE_REPLACED

The Novel of Ferrara