On The Sunday, She Created God 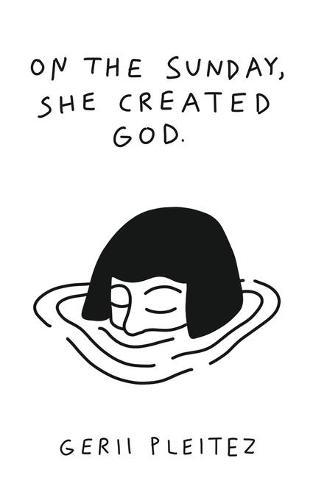 On The Sunday, She Created God

Wren is a young woman with her dead brother’s name, daughter of a Central American revolution that was never hers, a struggling writer kicking aginst the suits, searching for meaning amongst the rats, one-night stands and hangovers of Sydney’s notorious Hibernian warehouse.
Wren and her best friend and fellow outcast Babel have decided to flee the city. Wren wants to touch snow for the first time and forget her broken heart & empty womb. But a drug fueled NYE run-in with a mutual old flame Teddy, steers their roadtrip towards a bleak reality. Three intertwined runaways hurtling down the highway towards love, loss and tragedy.
On The Sunday, She Created God is a transgressive coming of age story that is both brutal and beautiful. A punk, postfeminist, punch in the face. Gerii Pleitez’s visceral poetic imagary strikes at the heart of what it is to be young, to desire and to want purpose in a world which is often without.
Imagine Bukowski reincarnated as a woman of colur who rants about Dirty Dancing being a subversive feminist masterpiece and whose words hold the harsh truth of a tequila shot yet the delicate prose of a riesling. That is Gerii Pleitez and she has no time for your bullshit.
The beautiful brutality that lies within Gerii’s words, dares you to flinch. She is a storyteller of the disenfranchised who is unafraid to shine a light on what everyone else would rather forget. The daughter of El Salvadorean political dissidents who fled a bloody civil war, discovered her art growing up on the streets of Western Sydney and studied writing at Wollongong University.
$18.95Add to basket ›