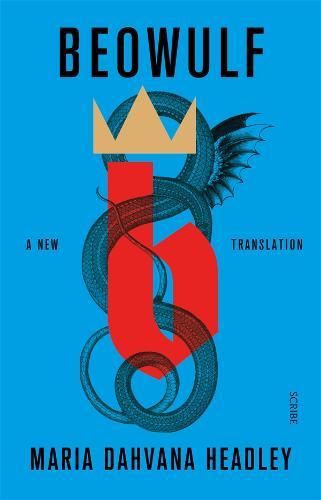 A new, feminist translation of Beowulf by the author of The Mere Wife.
Nearly twenty years after Seamus Heaney’s translation of Beowulf - and fifty years after the translation that continues to torment high-school students around the world - there is a radical new verse interpretation of the epic poem by Maria Dahvana Headley, which brings to light elements never before translated into English.
A man seeks to prove himself as a hero. A monster seeks silence in his territory. A warrior seeks to avenge her murdered son. A dragon ends it all. These familiar components of the epic poem are seen with a novelist’s eye towards gender, genre, and history. Beowulf has always been a tale of entitlement and encroachment - of powerful men seeking to become more powerful and one woman seeking justice for her child - but this version brings new context to an old story.
While crafting her contemporary adaptation, Headley unearthed significant shifts lost over centuries of translation; her Beowulf is one for the twenty-first century.
$27.99Add to basket ›