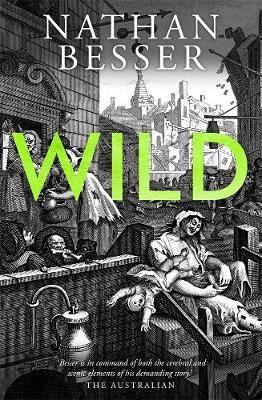 Jonathan Wild knows power like no one else in London. He arrived as a wide-eyed young man in 1703, dazzled by a metropolis brimming with trade, immigration and crime. With a combination of greed, arrogance and ambition, Wild stopped at nothing to secure his place in this great and monstrous London and within a few years, he became the city’s Thief-Taker General, one of the most feared and wealthy officials in town, charged with the capture and arrest of felons for reward. But his power is matched only by the number of enemies he’s made along the way, and his star is burning rather too brightly for the likings of some.

Daniel Defoe is in trouble. Following a series of failed business ventures, the renowned pamphleteer, fiction writer and political operative is dead broke. With his creditors at his heels, and facing debtors' prison, Defoe is too crippled with anxiety to write. That is, until he visits Newgate Prison with the intention of chronicling the stories of its inmates, and meets a young man with a deep hatred for Jonathan Wild and a story to tell.
Wild is a delightfully outrageous period drama that charts the rise and fall and rise again of two men whose lives become intertwined in the most surprising of ways.
$32.99Add to basket ›