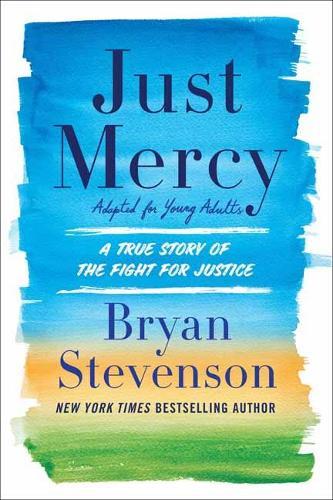 In this young adult adaptation of the acclaimed bestselling Just Mercy, which the New York Times describes as as compelling as To Kill a Mockingbird, and in some ways, more so, one of the most important lawyers of our time delves deep into the broken US justice system. AS SEEN ON CBS THIS MORNING! In this very personal work–proceeds of which will go to charity–Bryan Stevenson recounts many and varied stories of his work as a lawyer in the US criminal justice system on behalf of those in society who have experienced some type of discrimination and/or have been wrongly accused of a crime and who deserve a powerful advocate and due justice under the law. Through the Equal Justice Initiative (EJI), an organization Stevenson founded as a young lawyer and for which he currently serves as executive director, this important work continues. EJI strives to end mass incarceration and excessive punishment in the United States, working to protect basic human rights for the most vulnerable people in American society. JUST MERCY- A STORY OF JUSTICE AND REDEMPTION IS SOON TO BE A MAJOR MOTION PICTURE STARRING MICHAEL B. JORDAN AND JAMIE FOXX! PRAISE FOR JUST MERCY- A TRUE STORY OF THE FIGHT FOR JUSTICE- It’s really exciting that young people are getting a version tailored for them. –Salon A deeply moving collage of true stories… . This is required reading. –Kirkus Reviews, starred review Compassionate and compelling, Stevenson’s narrative is also unforgettable. –Booklist, starred review PRAISE FOR JUST MERCY- A STORY OF JUSTICE AND REDEMPTION- Important and compelling. –Pulitzer Prize-winning author TRACY KIDDER Gripping… . What hangs in the balance is nothing less than the soul of a great nation. –DESMOND TUTU, Nobel Peace Prize Laureate Inspiring and powerful. –#1 New York Times bestselling author JOHN GRISHAM