H. P. Lovecraft: Against the World, Against Life 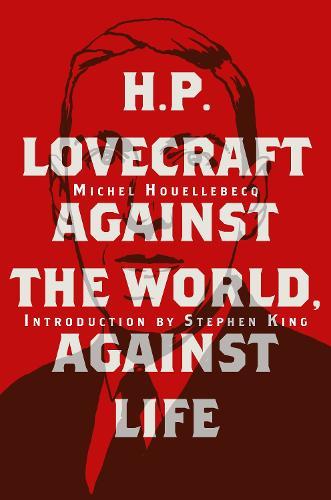 H. P. Lovecraft: Against the World, Against Life

Best-selling French novelist Michel Houellebecq pays tribute to the master of horror, H. P. LovecraftPart biographical sketch, part pronouncement on existence and literature, the best-selling French novelist Michel Houellebecq’s H. P. Lovecraft: Against the World, Against Life, was published in France in 1991 and is the first non-fiction text ever published by the author. Here, France’s most famous contemporary author praises his prewar American alter ego’s style, which couldn’t be less like his own. With a foreword by Lovecraft admirer Stephen King, this eloquently translated edition is an insightful introduction to both Lovecraft’s dark mythology and Houellebecq’s deadpan prose.