A History of the World in 21 Women: A Personal Selection 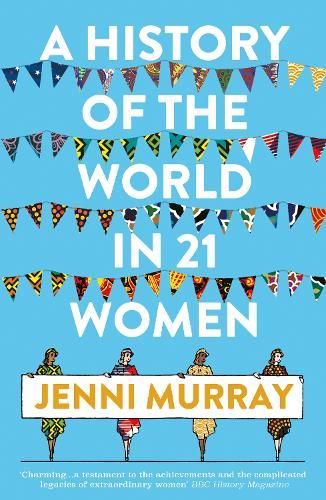 A History of the World in 21 Women: A Personal Selection

Jenni Murray gives the lie to Thomas Carlyle’s infamous declaration that ‘the history of the world is but the biography of great men.’ Women have played just as great a role in the story of humankind, only for their own tales to be marginalised, censored and forgotten. Their names should be shouted from the rooftops.
Marie Curie discovered radium and revolutionised medical science. Empress Cixi transformed China. Frida Kahlo turned an unflinching eye on life and death. In A History of the World in 21 Women, Jenni Murray celebrates the lives, struggles and achievements of some of the most extraordinary people to have ever walked the Earth. They ruled empires, they led nations. They were pioneers in the arts and geniuses of science. They led while others followed, spoke truth to power and fought for change. All left behind an indelible mark.
$22.99Add to basket ›

END_OF_DOCUMENT_TOKEN_TO_BE_REPLACED

Difficult Women: A History of Feminism in 11 Fights