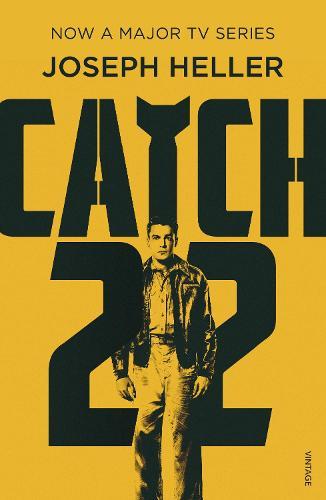 SOON TO BE A MAJOR TV SERIES
Discover Joseph Heller’s hilarious and tragic satire on military madness, and the tale of one man’s efforts to survive it.
It’s the closing months of World War II and Yossarian has never been closer to death. Stationed in an American bomber squadron off the coast of Italy, each flight mission introduces him to thousands of people determined to kill him.
But the enemy above is not Yossarian’s problem – it is his own army intent on keeping him airborne, and the maddening ‘Catch-22’ that allows for no possibility of escape.
‘The greatest satirical work in the English language’ Observer
$19.99Add to basket ›