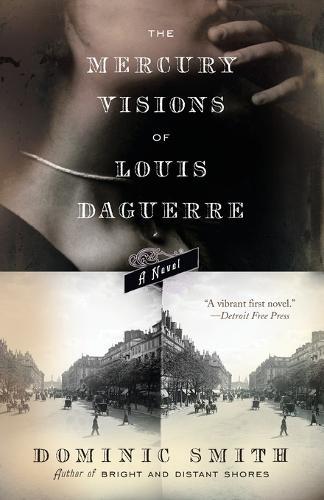 The debut novel from the New York Times bestselling author of The Last Painting of Sara de Vos reimagines the life of Louis Daguerre, the inventor of photography, who becomes convinced that the world is going to end when his mind unravels due to mercury poisoning. He is determined to reconnect with the only woman he has ever loved before the End comes. Louis Daguerre’s story is set against the backdrop of a Paris prone to bohemian excess and social unrest. Poets and dandies debate art and style in the cafes while students and rebels fill the garrets with revolutionary talk and gun smoke. It is here, amid this strange and beguiling setting, that Louis Daguerre sets off to capture his doomsday subjects. Louis enlists the help of the womanizing poet Charles Baudelaire, known to the salon set as the Prince of Clouds and a jaded but beautiful prostitute named Pigeon. Together they scour the Paris underworld for images worthy of Daguerre’s list. But Louis is also confronted by a chance to reunite with the only woman he’s ever loved. Half a lifetime ago, Isobel Le Fournier kissed Louis Daguerre in a wine cave outside of Orleans. The result was a proposal, a rejection, and a misunderstanding that outlasted three kings and an emperor. Now, in the countdown to his apocalypse, Louis wants to understand why he has carried the memory of that kiss for so long.