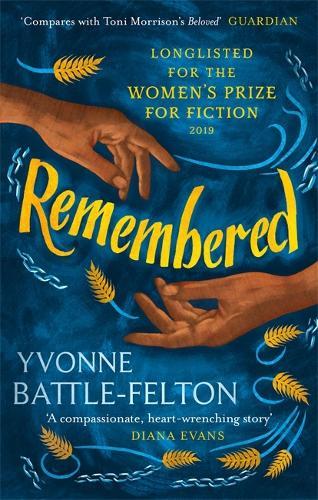 From the Women’s Prize for Fiction longlist and the Northern Writer’s Award Winner comes… REMEMBERED
The last place Spring wants to be is in the rundown, coloured section of a hospital surrounded by the groans of sick people and the ghost of her dead sister. But as her son Edward lays dying, she has no other choice.
There’re whispers that Edward drove a streetcar into a shop window. Some people think it was an accident, others claim that it was his fault, the police are certain that he was part of a darker agenda. Is he guilty? Can they find the truth?
All Spring knows is that time is running out. She has to tell him the story of how he came to be. With the help of her dead sister, newspaper clippings and reconstructed memories, she must find a way to get through to him. To shatter the silences that governed her life, she will do everything she can to lead him home.
‘Compares with Toni Morrison’s Beloved’ Guardian
$22.99Add to basket ›