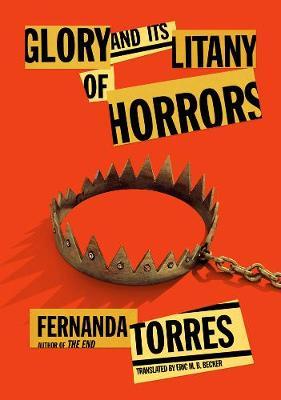 From Fernanda Torres, the celebrated Brazilian actress and bestselling author of The End, comes a riotous tragicomedy of a famed actor’s path from national sex symbol to cult icon to raving madman after a disastrous performance as King Lear.
Mario Cardoso’s meteoric rise to fame begins in the early sixties, when the promise of sex and revolution permeates the Rio air. But as he conquers the stage, arthouse cinema, and primetime TV, the fever and the decadence of stardom take their toll, and middle-aged Mario finds himself with an ebbing reputation, hairline, and bank account. He needs a royal comeback.
Enter King Lear. Mario’s turn as Shakespeare’s mad monarch goes well until he’s overtaken by a fit of laughter that gets more demented with each performance. Forced to cancel the show, he’s confronted with his mother’s unstaged madness-she’s now convinced that Mario is in fact her long-departed husband. Broke and desperate, Mario signs on for an evangelical network production: Sodoma. Yet, as low as he’s fallen, Mario’s final set is one he never imagined.
With the wicked humor and fleet-footed pace that made her novel The End a runaway bestseller in Brazil, Fernanda Torres’s Glory and its Litany of Horrors is a razor-sharp take on the uneasy marriage of Art and the marketplace, and on the profession of acting in all its horror and glory.
$26.99Add to basket ›