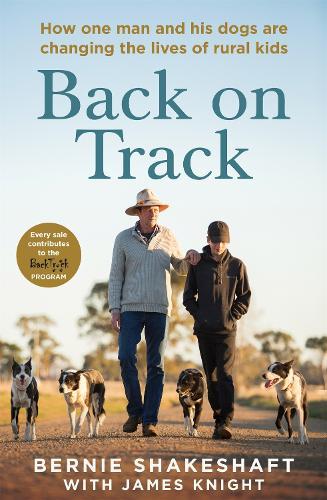 As a kid, Bernie Shakeshaft’s mischievous and reckless behaviour led him to became known as the wild one of his devout Catholic family. It isn’t surprising that his path led him to the Northern Territory, a place where people often go to either lose themselves or find themselves. Bernie, a searcher for his purpose in life, found himself.
He had many jobs, firstly as a ringer on a cattle station owned by the Packer family, and later as a dingo trapper for the Parks and Wildlife Service. Throughout it all, he drank, he swore, he fought, and took chances with his own well-being. But, crucially, he also developed deep connections with the Indigenous people, and it was these connections that helped lay the foundations for what was to come. He worked for youth welfare organisations, and all the while he built up his knowledge about helping wayward youths, particularly those from Indigenous communities.
Years later, Bernie was living in Armidale. He’d been visiting too many kids in prison and going to too many funerals. The usual methods weren’t working so that reckless, mischievous kid inside him decided he could do better. He started a youth program called BackTrack, with three aims: To keep them alive, out of jail and chasing their hopes and dreams.
For most, this was their last chance. Combining life skills, education, job preparedness with rural work, Bernie threw in one other factor: dogs! And it works. With the help of these working dogs, the lost boys (and girls) find their way back on track. These days, Backtrack youth tour the country competing in dog-jumping trials. Bernie and the BackTrack team are now supporting other communities in Lake Cargelligo, Broken Hill, Dubbo and Grafton, and have forged a new beginning for over 1000 young people. This one man is making a huge difference.
In Back on Track, bestselling author James Knight tells Bernie’s story and the stories of those whose lives he has saved. It is a powerful reminder that we should never give up on our kids.
‘This fella Bernie, he’s a good fella, a bit of a genius really. What a great story.’ - Russell Crowe
$34.99Add to basket ›