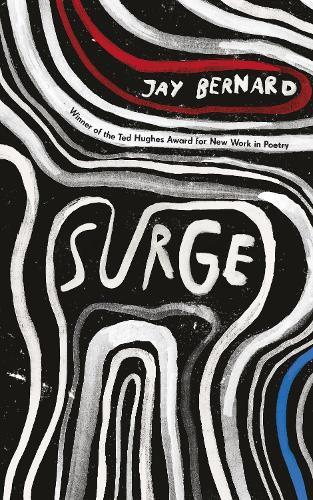 Jay Bernard’s extraordinary debut is a fearlessly original exploration of the black British archive- an enquiry into the New Cross Fire of 1981, a house fire at a birthday party in south London in which thirteen young black people were killed.
Dubbed the ‘New Cross Massacre’, the fire was initially believed to be a racist attack, and the indifference with which the tragedy was met by the state triggered a new era of race relations in Britain.
Tracing a line from New Cross to the ‘towers of blood’ of the Grenfell fire, this urgent collection speaks with, in and of the voices of the past, brought back by the incantation of dancehall rhythms and the music of Jamaican patois, to form a living presence in the absence of justice.
A ground-breaking work of excavation, memory and activism - both political and personal, witness and documentary - Surge shines a much-needed light on an unacknowledged chapter in British history, one that powerfully resonates in our present moment.
$19.99Add to basket ›

END_OF_DOCUMENT_TOKEN_TO_BE_REPLACED

Brilliant, heartbreaking, tender, and highly original - poet Ocean Vuong's debut novel is a sweeping and shattering portrait of a family, and a testament to the redemptive power of storytelling

THE NEW NOVEL BY THE AUTHOR OF THE TIGER'S WIFE A man searching for a home he can't find. A woman bound to a home she can't leave.

Fleche (the French word for 'arrow') is an offensive technique commonly used in fencing, a sport of Mary Jean Chan's young adult years, when she competed locally and internationally for her home city, Hong Kong.   ...

Jay Bernard's extraordinary debut is a fearlessly original exploration of the black British archive: an enquiry into the New Cross Fire of 1981, a house fire at a birthday party in south London in which thirteen young black people...

If All the World and Love Were Young

Memories of going 'through the looking-glass' into the land of video games are some of the most evocative of all childhood.