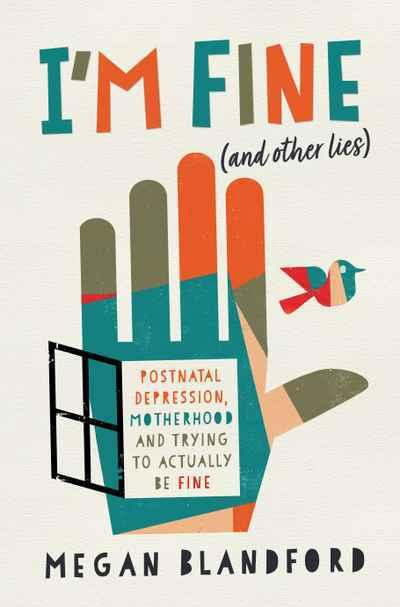 I slept through my first labour. Eventually a midwife woke me. ‘It’s time to push,‘ she said, pointing to the machine that was monitoring my baby. It showed contraction after contraction, spiking and declining with mountainous patterns like the heart rate machines on medical shows. Beside the machine was my husband, Steve’s, face, watching me closely, complete with massive eye bags from worry and exhaustion; it appeared that while I’d been sleeping he’d been on high alert. Taking one for the team, you could say, which was only fair because apparently - I was about to push an entire human through my hoo-ha.
With her career down the toilet, a husband who was never home, a baby screaming non-stop and her cries for help falling on deaf ears, Megan Blandford spent years saying, 'I’m fine’.
Spoiler alert (not really): she wasn’t fine.
Megan sank into postnatal depression and anxiety, with a highly negative inner voice leading the charge in the battle for better mental health. Until Megan faced a life-changing question: What if the enemy inside isn’t the enemy after all?
I’m Fine (and other lies) is a touching true story of motherhood: the challenges it presents, and the hope that can be found within it.
$29.95Add to basket ›