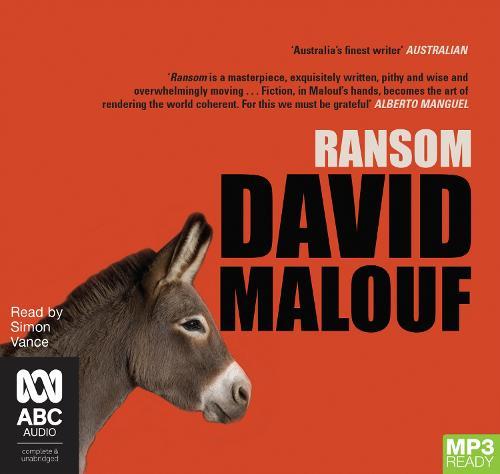 David Malouf shines new light on Homer’s Iliad, adding twists and reflections, as well as flashes of earthy humour, to surprise and enchant. In this exquisite gem of a novel, Achilles is maddened by grief at the death of his friend Patroclus. From the walls of Troy, King Priam watches the body of his son, Hector, being dragged behind Achilles’s chariot. There must be a way, he thinks, of reclaiming the body - of pitting compromise against heroics, new ways against the old, and of forcing the hand of fate. Dressed simply and in a cart pulled by a mule, an old man sets off for the Greek camp … Lyrical, immediate and heartbreaking Malouf’s fable engraves the epic themes of the Trojan war onto a perfect miniature - themes of war and heroics, hubris and humanity, chance and fate, the bonds between soldiers, fathers and sons, all newly burnished and brilliantly recast for our times.