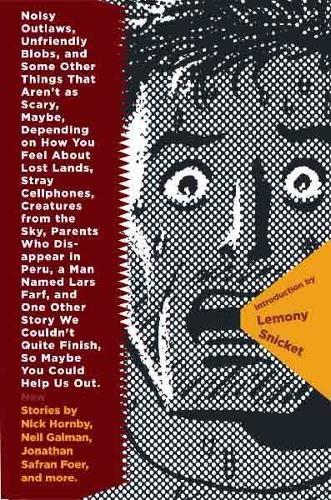 Interspersed with charts, graphs, and various crossword puzzles, the book features a span of today’s best authors, who spin new tales ranging from the spooky to the strange. George Saunders tells the story of a father who takes caution to dangerous extremes in ‘Lars Farf, Excessively Fearful Father and Husband.’ In ‘ACES by Phone,’ a small boy finds a cellphone that lets him listen in on the thoughts of dogs, and in ‘Small Country,’ Nick Hornby introduces a country too small for a postal system but, unfortunately for one bookish boy, just big enough for a football team. Each story features full-color illustrations by artists including Barry Blitt, Lane Smith, David Heatley, and Marcel Dzama. The collection includes previously unpublished kids' stories from Jonathan Safran Foer (Everything is Illuminated), Nick Hornby (High Fidelity), Neil Gaiman (Sandman), George Saunders (CivilWarLand in Bad Decline), Kelly Link (Stranger Than Fiction), and Jon Scieskza (Stinky Cheese Man). There is also an introduction by Lemony Snicket. The dustjacket folds into a unique aerogram, which factors into a special contest involving a story written partly by Lemony Snicket, partly by thousands of children.