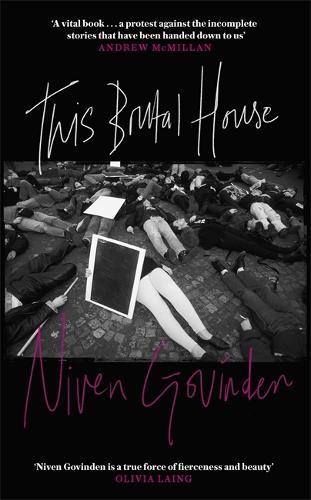 On the steps of New York’s City Hall, five ageing Mothers sit in silent protest. They are the guardians of the vogue ball community - queer men who opened their hearts and homes to countless lost Children, providing safe spaces for them to explore their true selves.
Through epochs of city nightlife, from draconian to liberal, the Children have been going missing; their absences ignored by the authorities and uninvestigated by the police. In a final act of dissent the Mothers have come to pray: to expose their personal struggle beneath our age of protest, and commemorate their loss until justice is served.
Watching from City Hall’s windows is city clerk, Teddy. Raised by the Mothers, he is now charged with brokering an uneasy truce.
With echoes of James Baldwin, Marilynne Robinson and Rachel Kushner, Niven Govinden asks what happens when a generation remembered for a single, lavish decade has been forced to grow up, and what it means to be a parent in a confused and complex society.

This Brutal House felt slightly dystopian before I realised I was immersed in the language of drag queens, vogue balls, runaways, and sex workers in New York City. It’s a novel peopled by characters who are battling to live a full, valued life while City Hall looks on with disdain, police bully casually, and the rest of the community can be relied upon to be oblivious at best, and violent at worst.

The children on the streets are going missing, but because they aren’t pretty, blue-eyed, and sexually unambiguous, they’re considered somehow lesser by the rest of the community. ‘The Mothers’ vent their concerns by staging a silent protest on the steps of City Hall, a protest that’s meant to last a day but ends up stretching into weeks. Initially told from the point of view of the Mothers – the ageing drag queens who have taken these street children under their wings and given them comfort, food and shelter – the novel then shifts to the narrative of Teddy, one of the runaways the Mothers took in a few years back.

Teddy is one of the success stories of the Mothers – a street kid who studied hard and got himself a good job – but now Teddy has the push/pull of working for City Hall, even as the Mothers sit in silence on the steps outside. Woven throughout the novel are ‘the balls’: competitions that involve drag queens strutting their stuff and voguing down catwalks.

This book is incredibly timely and I would call it a must-read, not only for the heartbreaking beauty of its writing, its characters and its story, but because it’s an urgent call for more kindness in a world that seems to be getting more strident and hardline by the minute. Loved it.