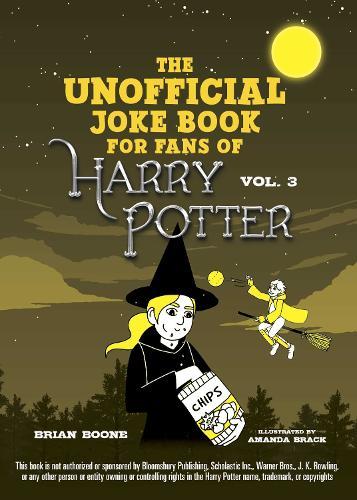 Age range 9+ This fourth and final book of the Unofficial Harry Potter Joke Book series will continue the silly jokes, funny art, and hilarious one-liners specific to the most underrated house of all, and to the wider wizard world. Jokes include clever lines such as: At least at first, did Cedric like being in the Triwizard Tournament? Yeah, he could really Diggory it! What does a Hufflepuff do after a wand duel? He huffs and puffs! What kind of cereal do they serve at Hogwarts? Hufflepuffs. Why did Professor Sprout take the Herbology job? She wanted to get back to her roots. Knock-knock… Who’s there? Tonks. Tonks who? Tonks a lot!