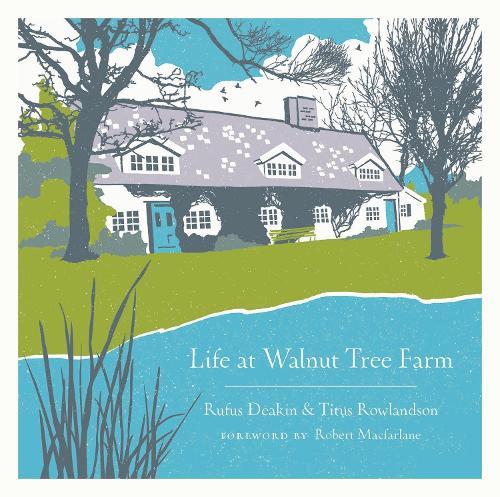 The story, mainly in pictures, but also in words, of the rebuilding of the 16th-century Suffolk farmhouse that the environmentalist Roger Deakin lived in from the early 1970s until his death in 2006.
In 1970 Roger Deakin acquired Walnut Tree Farm, a semi-ruined Elizabethan farmhouse deep in the countryside of northern Suffolk, on the edge of Mellis Green, the largest area of common grazing land in England. The house’s thatch and roof beams were rotting; pigs and hens had been its last occupants and the floors were ankle deep in shit. Leaving swinging London behind, Deakin bought the farm in a spirit of ‘back to the land’ fervour; and, in the coming decades, lovingly restored it. Deakin lived here until his death in 2006, dredging the moat (in which he swam daily), planting woods and buying more of the surrounding fields, where he grew hay and wild flowers.
Walnut Tree Farm became a place of pilgrimage and inspiration for nature-lovers, writers, intellectuals and artists, while Deakin’s  Waterlog  has become a much-loved classic of nature writing and gave impetus to the wild swimming movement. Rufus Deakin and Titus Rowlandson offer a beautifully illustrated and designed record of the development of Deakin’s rural paradise, centred on a series of photographs taken by Roger Deakin himself, which record both the rebuilding of Walnut Tree Farm, the unique character of a remarkable building, and the seasonal cycle of nature in the land and countryside that surround it.
$39.99Add to basket ›