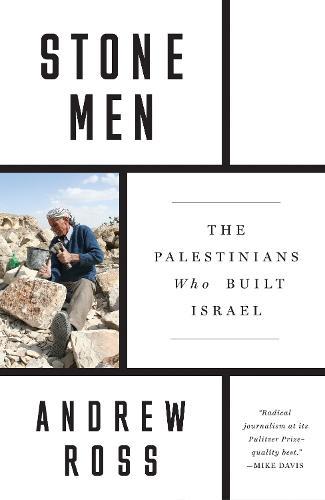 The Story of Palestine’s Stonemasons and the Building of Israel They demolish our houses while we build theirs. This is how a Palestinian stonemason, in line at a checkpoint outside a Jerusalem suburb, described his life to Andrew Ross. Palestinian stone men, utilizing some of the best quality dolomitic limestone deposits in the world and drawing on generations of artisanal knowledge, have built almost every state in the Middle East except their own. Today the business of quarrying, cutting, fabrication, and dressing is Palestine’s largest employer and generator of revenue, supplying the construction industry in Israel, along with other Middle East countries and even more overseas. Drawing on hundreds of interviews in Palestine and Israel, Ross’s engrossing, surprising, and gracefully written story of this fascinating, ancient trade shows how the stones of Palestine, and Palestinian labor, have been used to build out the state of Israel–in the process, constructing facts on the ground –even while the industry is central to Palestinians' own efforts to erect bulwarks against the Occupation. For decades, the hands that built Israel’s houses, schools, offices, bridges, and even its separation barriers have been Palestinian. Looking at the Palestine-Israel conflict in a new light, this book asks how this record of achievement and labor can be recognized.