Voices from the Gods: Speaking with Tongues 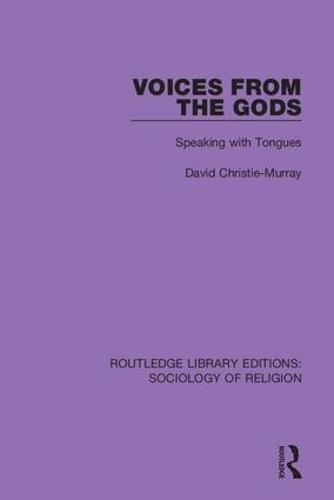 Voices from the Gods: Speaking with Tongues

Glossolalia (paranormal speaking in tongues) and zenolalia (paranormal speaking in allegedly foreign languages) are features of many sub-cultures and religions. The most obvious example is Pentecostalism, where every believer in many denominations is expected to speak in tongues at least once - the gift in other cultures being limited to individuals, shamans and mediums. This book, first published in 1978, surveys the practice of ‘speaking in tongues’ in anthropology, Christianity and spiritualism, and provides an analysis of the psychological, theological and linguistic considerations of the phenomenon.