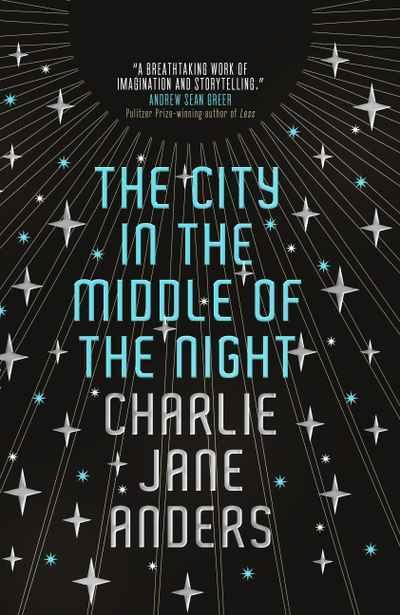 January is a dying planet - divided between a permanently frozen darkness on one side, and blazing endless sunshine on the other. Humanity clings to life, spread across two archaic cities built in the sliver of habitable dusk. And living inside the cities, one flush with anarchy and the other buckling under the stricture of the ruling body, is increasingly just as dangerous as the uninhabitable wastelands outside.
Sophie, a student and reluctant revolutionary, is supposed to be dead, after being exiled into the night. Saved only by forming an unusual bond with the enigmatic beasts who roam the ice, Sophie vows to stay hidden from the world, hoping she can heal.
But fate has other plans - and Sophie’s ensuing odyssey and the ragtag family she finds will change the entire world.
‘One of America’s most inventive writers has done it again: The City In the Middle of the Night is a breathtaking work of imagination and storytelling, set in a world of originality, intelligence and empathy. Each page holds wonders, making the case for Anders as this generation’s LeGuin.’ - Andrew Sean Greer, winner of the 2018 Pulitzer for fiction
$18.99Add to basket ›