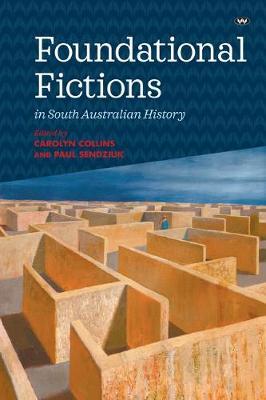 In this lively, provocative collection, some of Australia’s leading historians - and a Miles Franklin shortlisted historical novelist - challenge established myths, narratives and ‘beautiful lies’ about South Australia’s past. Some are unmasked as false stories that mask brutal realities, like colonial violence - while others are revealed as simplistic versions of more complex truths. ‘Each generation writes history that speaks to its own interests and concerns,’ write historians Paul Ashton and Anna Clark. In Foundational Fictions in South Australian History, which grew out of a series of public lectures at the University of Adelaide, an impressive range of contributors suggest different ways in which familiar narratives of South Australia can be interpreted. These essays tap into wider debates, too, about the nature and purpose of history - and the ‘history wars’ first flamed by John Howard. Stuart Macintyre highlights South Australia’s central role in several national events. Humphrey McQueen questions the origins and influence of the money behind South Australia’s so-called progressive founding. Lucy Treloar suggests historians can learn from novelists when it comes to understanding the past. Steven Anderson argues that Don Dunstan’s achievement in abolishing capital punishment owed much to a historical movement. And Carolyn Collins highlights the role of anti-conscription group Save Our Sons (SOS) in not just ending the Vietnam War, but broadening the appeal of the anti-war movement.