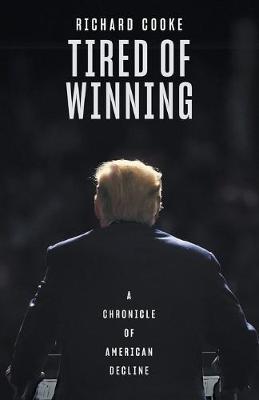 Polarised, unequal, enraged and spiritually bereft, the American experiment, under Donald Trump, looks to be on the brink of failure. In this award-winning series of dispatches and essays, Richard Cooke explores US society before, during and after one of the most high-stakes midterm elections in history.
From the aesthetics of semi-automatic rifles to the aftermath of a media mass shooting, from #MeToo at the Capitol to the paintings of former president George W. Bush, Cooke’s travels take him from the climate change coast all the way to Silicon Valley. But this is not another diner-hopping, two-week car journey into Trump country. Instead, it’s a radical effort to capture dissonant and varied Americas, more often unreal than  real.
The nation has shattered under a barrage of social estrangement, malign politics, dark money, and the pull of the internet and social media. This chronicle collects the glittering shards. Entertaining, terrifying and timely, Tired of Winning is searing analysis from an inimitable political thinker, set loose on the schisms and the clamour of contemporary America.
$27.99Add to basket ›