The Squid, the Vibrio and the Moon 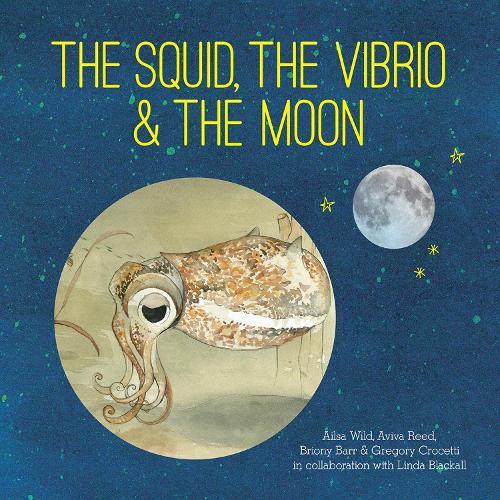 The Squid, the Vibrio and the Moon

When he hatches from his egg, Sepio, a baby bobtail squid, is not able to glow. His dark shape is too obvious in the moonlit water and all kinds of predators lurk nearby. Ali, an intrepid Vibrio fischeri bacterium, is determined to reach safety too.
Can Ali and Sepio help each other?
The Squid, the Vibrio and the Moon is a beautifully illustrated storybook about the symbiotic relationship between the Hawaiian bobtail squid and the bioluminescent bacteria that help it glow in the moonlight.
Originally published in 2014, this book has been extensively re-written to delight and captivate primary-school aged readers.
‘I read The Squid, the Vibrio and the Moon to my grandson and he was absolutely riveted. As soon as I finished, he demanded that I read it again. He was swept up by the story, the incredible characters in it and wonders of the relationships that have evolved.’ - David Suzuki, Scientist, Environmentalist and Broadcaster
$24.99Add to basket ›