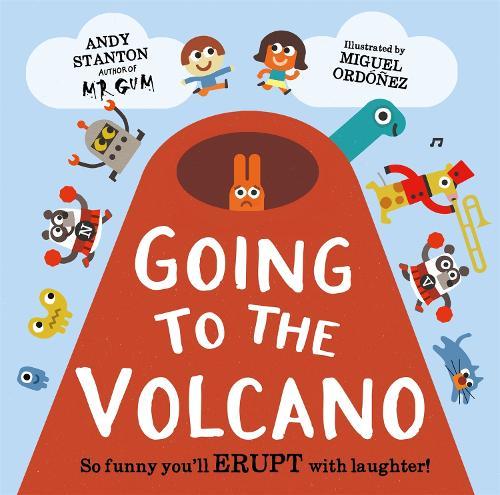 Buckle up and jump on board for the funniest, most EXPLOSIVE picture book of the year - you’ll want to read it again and again-o! Join two intrepid explorers as they take a train-o, jump on a plane-o, ride a Great Dane-o (down the lane-o) on their way to look at the volcano. Nothing could possibly go wrong - could it?! A hilariously anarchic rhyming story from multi-award-winning author Andy Stanton. Andy has won a string of awards for his MR GUM books, including the Red House Children’s Book Award, the Roald Dahl Funny Prize, and the Blue Peter Book Award for Best Book With Pictures (twice). Miguel Ordonez is the illustrator of the New York Times bestselling YOUR BABY’S FIRST WORD WILL BE DADA, written by Jimmy Fallon, the Emmy and Grammy award-winning host of NBC’s The Tonight Show.