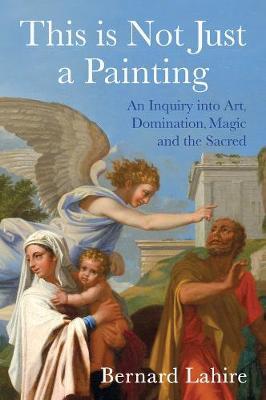 In 2008, the Mus e des Beaux-Arts de Lyon acquired a painting called The Flight into Egypt which was attributed to the French artist Nicolas Poussin. Thought to have been painted in 1657, the painting had gone missing for more than three centuries.
Several versions were rediscovered in the 1980s and one was passed from hand to hand, from a family who had no idea of its value to gallery owners and eventually to the museum. A painting that had been sold as a decorative object in 1986 for around 12,000 euros was acquired two decades later by the Mus e des Beaux-Arts de Lyon for 17 million euros.
What does this remarkable story tell us about the nature of art and the way that it is valued? How is it that what seemed to be just an ordinary canvas could be transformed into a masterpiece, that a decorative object could become a national treasure? This is a story permeated by social magic the social alchemy that transforms lead into gold, the ordinary into the extraordinary, the profane into the sacred.
Focusing on this extraordinary case, Bernard Lahire lays bare the beliefs and social processes that underpin the creation of a masterpiece. Like a detective piecing together the clues in an unsolved mystery he carefully reconstructs the steps that led from the same material object being treated as a copy of insignificant value to being endowed with the status of a highly-prized painting commanding a record-breaking price. He thereby shows that a painting is never just a painting, and is always more than a piece of stretched canvass to which brush strokes of paint have been applied: this object, and the value we attach to it, is also the product of a complex array of social processes – with its distinctive institutions and experts – that lies behind it. And through the history of this painting, Lahire uncovers some of the fundamental structures of our social world. For the social magic that can transform a painting from a simple copy into a masterpiece is similar to the social magic that is present throughout our societies, in economics and politics as much as art and religion, a magic that results from the spell cast by power on those who tacitly recognize its authority.
By following the trail of a single work of art, Lahire interrogates the foundations on which our perceptions of value and our belief in institutions rest and exposes the forms of domination which lie hidden behind our admiration of works of art.
$61.95Add to basket ›