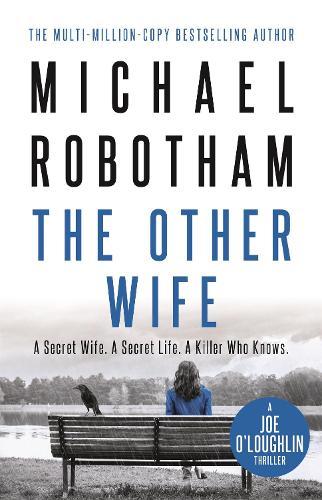 A secret wife. A secret life. A killer who knows. William and Mary have been married sixty years. William is a celebrated surgeon, Mary a devoted wife.
William and Olivia have been together twenty years. Olivia was once a tennis star, but her career has long since faded. Clinical psychologist Joe O'Loughlin knows only one of these stories to be true. But when he is called to his father’s hospital bed after a brutal attack, everything he once knew is turned upside down.
Who is the strange woman crying at William’s bedside, covered in his blood - a friend, a mistress, a fantasist or a killer? A confronting psychological thriller from one of the greatest crime writers of today, Michael Robotham, the bestselling author of THE SECRETS SHE KEEPS.
PRAISE FOR THE OTHER WIFE:
‘Michael Robotham has produced a fine novel, by turns elegiac, chagrined and defiant’ Weekend Australian ‘There’s no putting down this thriller as Robotham expertly leads readers into a tangled web of lies and wives’ Herald Sun
‘Will have you questioning motives and guessing right up until the end’ Daily Telegraph
‘A superbly crafted thriller with [a] half-dozen credible potential suspects’ Courier Mail
$19.99Add to basket ›