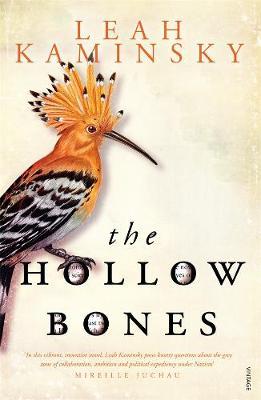 ‘I remember you once told me about mockingbirds and their special talents for mimicry. They steal the songs from others, you said. I want to ask you this- how were our own songs stolen from us, the notes dispersed, while our faces were turned away?’
Berlin, 1936. Ernst Schafer, a young, ambitious zoologist and keen hunter and collector, has come to the attention of Heinrich Himmler, who invites him to lead a group of SS scientists to the frozen mountains of Tibet. Their secret mission- to search for the origins of the Aryan race. Ernst has doubts initially, but soon seizes the opportunity to rise through the ranks of the Third Reich.
While Ernst prepares for the trip, he marries Herta, his childhood sweetheart. But Herta, a flautist who refuses to play from the songbook of womanhood and marriage under the Reich, grows increasingly suspicious of Ernst and his expedition.
When Ernst and his colleagues finally leave Germany in 1938, they realise the world has its eyes fixed on the horror they have left behind in their homeland.
A lyrical and poignant cautionary tale, The Hollow Bones brings to life one of the Nazi regime’s little-known villains through the eyes of the animals he destroyed and the wife he undermined in the name of science and cold ambition.

Based on a true story, Leah Kaminsky’s The Hollow Bones describes one of the most inexplicable and intriguing occurrences of the Nazi regime. For me, this heartbreaking story was reminiscent of tales from the Grimm brothers. The central characters fulfil classical archetypes: charming evil leaders, foolish victims and innocent lost souls. Like all fairy tales, there is a message of caution in this humane novel as it considers the consequences of greed, of broken hearts and imprudent zealousness.

Ernst Schäfer, an ambitious ornithologist and explorer, comes to the attention of the Third Reich through his previous exploratory work in Europe and America. He is courted by the SS to become a lead German scientist and, while initially suspicious, his aspirations overwhelm his sensitivities, despite his sweetheart Herta’s evident distrust of those involved. He is invited to lead a group of SS scientists to search for the origins of the Aryan race in the frozen mountains of Tibet. Meanwhile, Germany suffers great change. Ernst chooses to be blind to the corollaries of the SS and instead sees only his own end game.

This discomforting and timeless story is told with great poignancy and detail. Kaminsky portrays the birds felled by Ernst, she explores Herta’s distress and Ernst’s inability to realise the irony of his work. It makes it a disturbing read, but it is also powerful and captivating. I read this novel in a day but surely will carry the essence of it evermore. I recommend this book for those who read Heather Morris’s The Tattooist of Auschwitz and need to know more about the other pieces of the puzzle; the fragments that seem incomprehensible.

Chris Gordon is the events and programming manager for Readings.