Xerxes: The Fall of the House of Darius and the Rise of Alexander 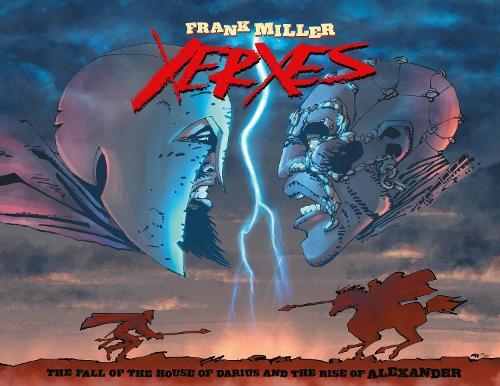 Xerxes: The Fall of the House of Darius and the Rise of Alexander

This historical epic, set in the world of 300, tells of the upsurge and decline of the Persian King’s empire, and the ascent of the Grecian realm through Alexander. Written and illustrated by comics luminary and legend, Frank Miller (Sin City, The Dark Knight, 300), and colored by Alex Sinclair (Batman- The Dark Knight III- The Master Race), this companion to Miller’s epic masterpiece, 300, brings the historical story of Xerxes to the graphic novel audience with grit and visual style! The ongoing Greek rebellion against Persian tyranny reaches a turning point after the destruction of the city of Sardis and the later battle of Marathon- on a military campaign to vanquish the city of Athens and silence the Greeks once and for all, Xerxes, Persian Prince, watches as his father, King Darius, falls in battle … The mantle of king is passed and while his newly-inherited fleet retreats toward home, Xerxes' hatred is cemented toward Athens–and his incentive to build the Persian empire is fueled. Xerxes becomes the king of all countries–the king of Persia, ruler of Zion, and Pharoah of Egypt–and his empire is unlike any the world has ever seen, until … The mantle is again passed, the god king dies and Darius III continues as the king of all. But then, from the west, a tiger force strikes in Asia Minor and is on a course for collision with Persian forces. This will be the beginning of the end for Persia and the launch of Alexander the Great’s rise to power!