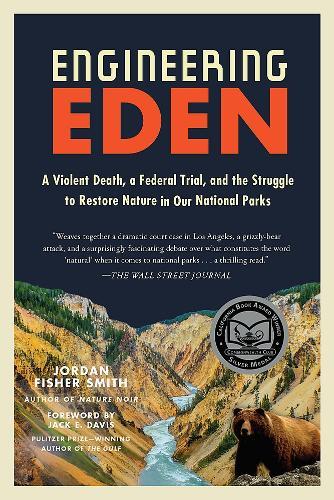 When 25-year-old Harry Walker was killed by a bear in Yellowstone Park in 1972, the civil trial prompted by his death became a proxy for bigger questions about American wilderness management that had been boiling for a century. In this remarkable excavation of American environmental history, nature writer and former park ranger Jordan Fisher Smith uses the story of one man’s tragic death to tell the larger narrative of the futile, sometimes fatal, attempts to remake wilderness in the name of preserving it. Moving across time and between Yellowstone, Yosemite, and Glacier National Parks, ENGINEERING EDEN shows how efforts of wilderness management have always been undone by one fundamental problem - that the idea of what is ‘natural’ dissolves as soon as we begin to examine it, leaving us with little framework to say what wilderness should look like and which human interventions are acceptable in trying to preserve it. In the tradition of John McPhee’s THE CONTROL OF NATURE and Alan Burdick’s OUT OF EDEN, Jordan Fisher Smith has produced a powerful work of popular science and environmental history, grappling with critical issues that we have even now yet to resolve.