Space 2.0: How Private Spaceflight, a Resurgent NASA, and International Partners are Creating a New Space Age 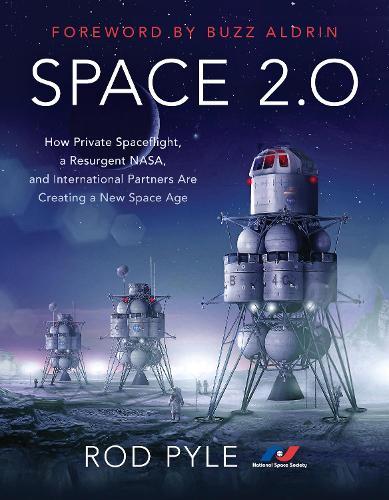 Space 2.0: How Private Spaceflight, a Resurgent NASA, and International Partners are Creating a New Space Age

We’re on the cusp of new era in the great adventure of space exploration. More than a half-century ago, humanity first hurled objects into space, and almost 50 years ago, astronauts first walked on the moon. Since then, we have explored Earth’s orbit with shuttles, capsules, and space stations; sent robots to Mars, Venus, Mercury, Jupiter, Saturn, and Uranus; sampled a comet; sent telescopes into orbit; and charted most of our own planet. What does the future hold? In Space 2.0, space historian Rod Pyle, in collaboration with the National Space Society, will give you an inside look at the next few decades of spaceflight and long-term plans for exploration, utilization, and settlement.