Gentleman Jack: The Real Anne Lister The Official Companion to the BBC Series 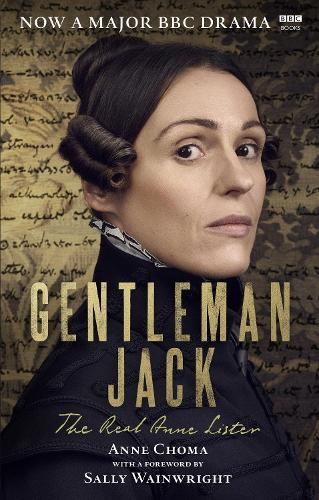 Gentleman Jack: The Real Anne Lister The Official Companion to the BBC Series

The diaries that inspired a major new eight-part BBC One drama starting Suranne Jones (Doctor Foster) and created, written and directed by Sally Wainwright (Last Tango In Halifax, Happy Valley). The real Anne Lister, and the official companion to the hit BBC series created by Sally Wainwright and starring Suranne Jones. In Gentleman Jack, historian and series consultant Anne Choma draws from the explosive diaries of Anne Lister to recreate the life and times of one of the most fascinating figures of the 19th century. Anne’s remarkable diaries, partly written in a secret code, detailed her innermost thoughts on everything from sex, menstruation and money to relationships, politics and society. As Choma shows, they have opened up a previously unknown world to us. Fearless, charismatic and determined to explore her lesbian sexuality, Anne forged her own path in a society that had no language to define her. This is the real Gentleman Jack, following Anne from her crumbling ancestral home in Yorkshire to the glittering courts of Denmark as she resolves to put past heartbreak behind her and find herself a wife. The official companion to the first series, it also features unpublished journal extracts decrypted for the first time, as well as a foreword by series creator Sally Wainwright.