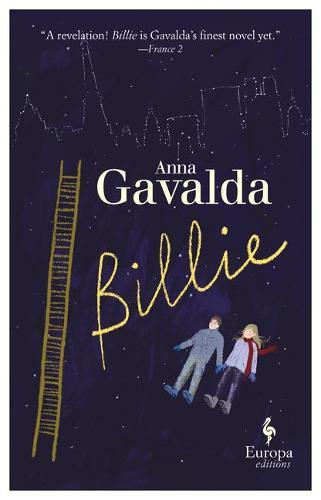 This heartwarming story is about two unlikely friends who give each other the courage to do what they never thought possible.
Our story opens with Billie and Franck trapped in a gorge in the Cevennes Mountains. As Franck lies unconscious, Billie appeals to a star for protection by telling stories from their lives. Billie vividly recollects how her friendship with Franck changed her life and struggles with the idea that - thanks to her mistake - she might lose him forever. They met a decade prior when they were assigned as acting partners in class. For the first time, Billie felt someone respected her and Franck didn’t feel so alone.
The blossoming of their friendship was comforting for both pitted against the harsh realities they faced. Billie is tough because she has to be: her mother left her when she was just an infant and she lives in poverty with her abusive father and stepmother. Franck is more reserved, afraid to reveal who he really is to his unemployed homophobic father for fear of being rejected. Together Billie and Franck rescue each other. These two outcasts find a home together in Anna Gavalda’s moving portrayal of platonic love and how far two people are willing to go for each other.
Quirky, but gritty, this charming and emotional ode is for anyone who has felt the transformative power of friendship.
$27.99Add to basket ›