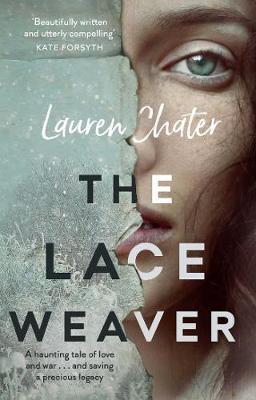 Each lace shawl begins and ends the same way - with a circle. Everything is connected with a thread as fine as gossamer, each life affected by what has come before it and what will come after.
1941, Estonia. As Stalin’s brutal Red Army crushes everything in its path, Katarina and her family survive only because their precious farm produce is needed to feed the occupying forces. Fiercely partisan, Katarina battles to protect her grandmother’s precious legacy - the weaving of gossamer lace shawls stitched with intricate patterns that tell the stories passed down through generations.
While Katarina struggles to survive the daily oppression, another young woman is suffocating in her prison of privilege in Moscow. Yearning for freedom and to discover her beloved mother’s Baltic heritage, Lydia escapes to Estonia.
Facing the threat of invasion by Hitler’s encroaching Third Reich, Katarina and Lydia and two idealistic young soldiers, insurgents in the battle for their homeland, find themselves in a fight for life, liberty and love.
$19.99Add to basket ›