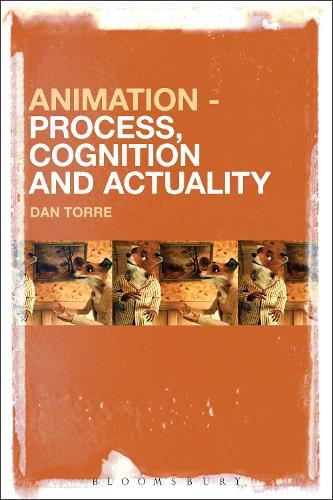 Animation - Process, Cognition and Actuality presents a uniquely philosophical and multi-disciplinary approach to the scholarly study of animation, by using the principles of process philosophy and Deleuzian film aesthetics to discuss animation practices, from early optical devices to contemporary urban design and installations. Some of the original theories presented are a process-philosophy based theory of animation; a cognitive theory of animation; a new theoretical approach to the animated documentary; an original investigative approach to animation; and unique considerations as to the convergence of animation and actuality. Numerous animated examples (from all eras and representing a wide range of techniques and approaches - including television shows and video games) are examined, such as Fantastic Mr. Fox (2009), Madame Tutli-Putli (2007), Gertie the Dinosaur (1914), The Peanuts Movie (2015), Grand Theft Auto V (2013) and Dr. Katz: Professional Therapist (1995-2000). Divided into three sections, each to build logically upon each other, Dan Torre first considers animation in terms of process and process philosophy, which allows the reader to contemplate animation in a number of unique ways. Torre then examines animation in more conceptual terms in comparing it to the processes of human cognition. This is followed by an exploration of some of the ways in which we might interpret or ‘read’ particular aspects of animation, such as animated performance, stop-motion, anthropomorphism, video games, and various hybrid forms of animation. He finishes by guiding the discussion of animation back to the more tangible and concrete as it considers animation within the context of the actual world. With a genuinely distinctive approach to the study of animation, Torre offers fresh philosophical and practical insights that prompt an engagement with the definitions and dynamics of the form, and its current literature.