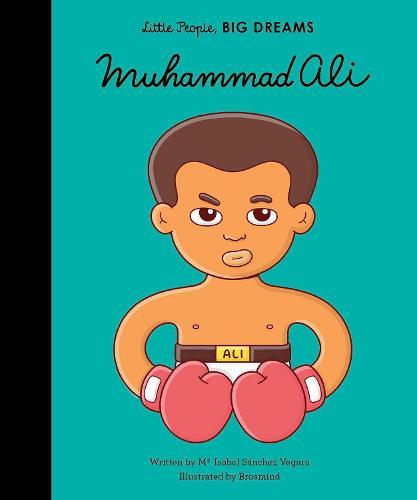 New in the Little People, Big Dreams series, discover the life of Muhammad Ali, the greatest boxer of all time, in this true story of his life.
As a child, young Cassius Clay had his bike stolen. He wanted to fight whoever stole his bike, but a police officer told him to control his anger, and learn how to box. After training hard in the gym, Cassius developed a strong hook and a stronger work ethic. His smart thinking and talking, inside and outside the ring, earned him the greatest title in boxing: Heavyweight Champion of the World.
With innovative illustrations and extra facts at the back, this empowering series celebrates the important life stories of wonderful people of the world.
$19.99Add to basket ›

END_OF_DOCUMENT_TOKEN_TO_BE_REPLACED

Claris: The Chicest Mouse in Paris