A Collection Of Conversations With Richard Fidler Volume 4 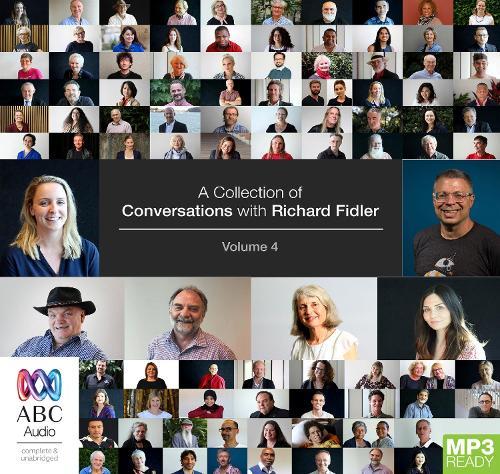 A Collection Of Conversations With Richard Fidler Volume 4

Conversations with Richard Fidler draws you deeper into the life story of someone you may, or may not, have heard about - someone who has seen and done amazing things. This CD features six interviews from the program: Rosemary Stanton is a well known independent nutritionist but what’s less known about her is that she was brought up in a religious sect. Professor Jack Beetson was told in school ‘Aboriginal kids just don’t do those harder subjects’ and despite being an outstanding student left school early. He eventually returned to further his education and now champions Indigenous literacy programs all over Australia. Lily Bailey has Obsessive Compulsive Disorder, something that she concealed from her parents, and friends until she no longer could. Graham Long is the CEO and Pastor of the Wayside Chapel in Sydney’s King’s Cross. He lives by the creed that people are not problems to be solved but people to be met. Mark Pesce has more than 30 years experience with digital technology. He explores the future being built for us by the likes of Facebook and wonders whether the time is coming when we may not be able to tell the real world from an illusory digital alternative. Candice Fox is an award-winning crime fiction writer and her childhood was anything but ordinary.